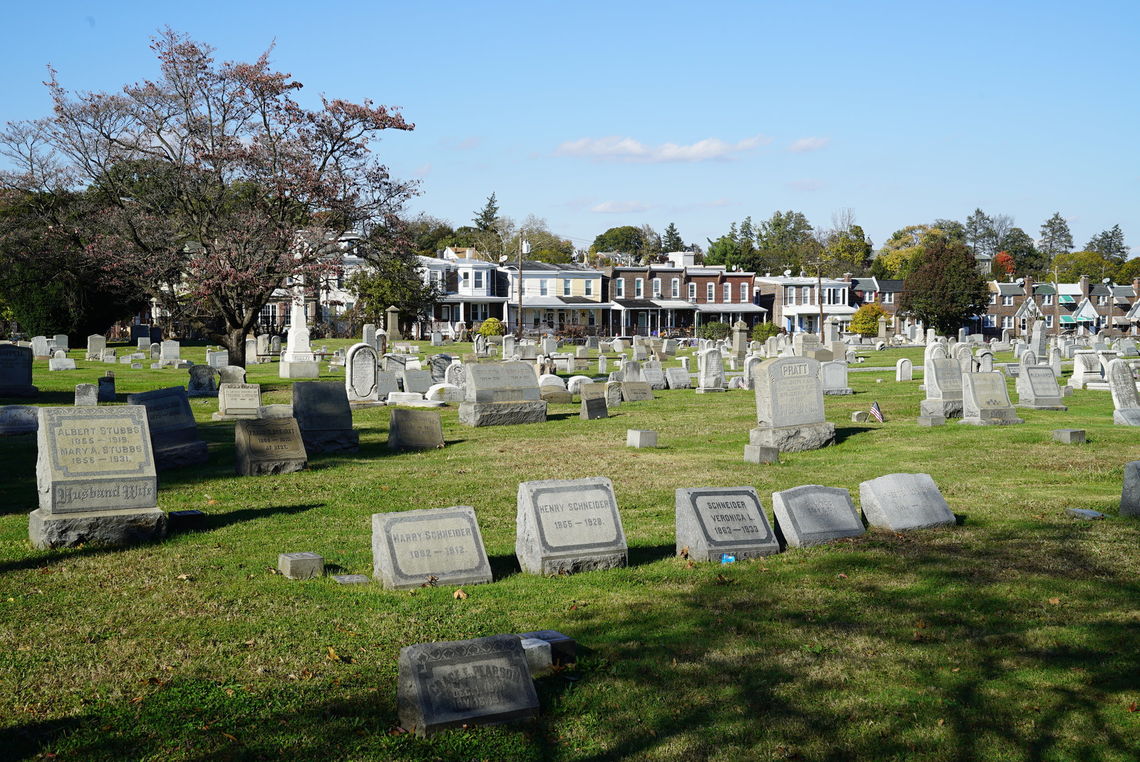 Randi Mautz had no intention of becoming the owner of Leverington Cemetery. It just sort of happened.

Mautz, who was born in Michigan and grew up in New Jersey and Doylestown, settled in Bethlehem with her husband, Jim, where she raised two kids and started a graphic design and marketing business called Imagevolution. She was living a nice, suburban life by any standard.

The Leverington Cemetery, however, was part of the family. Her stepfather, John Laberteaux who had taken over the care and operation of the cemetery 25 years earlier had fallen and broken his neck, leaving him in a wheelchair and not well enough to maintain it.

It was around February of 2016, Mautz said, and the idea dawned on her that it was time to take it over.

“It was kind of getting to that point where he was never going to be running the cemetery again,” Mautz said, “Suddenly, it just popped into my head, and I said to my mother, ‘I guess it's time for me to take over the cemetery.’ She noted, ‘Nothing will make me happier.’”

Mautz later learned that as she was making this proposal to her mother, the cemetery’s long-time keeper, Ray Jones Jr., had died unexpectedly. The cemetery needed a caretaker. Perhaps it was coincidence; perhaps it was meant to be.

“You can say that’s weird, but it’s happened to me with this cemetery,” Mautz said.  “It’s happened a lot. It’s a strange set of facts but it happened.”

While discussing the Leverington Cemetery, it’s hard not to talk a bit about the supernatural. It is equal parts historic and famous, having made a list of “The top 6 haunted and eerie spots in Northwest Philadelphia” compiled by WHYY in 2013. People prone to the paranormal have said it is an active location for “orbs and apparitions.”

While Mautz’s story of ownership has a tinge of the supernatural to it, the story linking the cemetery to her family is not a mystery.

The 9-acre Leverington Cemetery dates back to the area’s colonial past. It was the farm of Wigard Levering, a Prussian native who emigrated to Germantown in 1685. In 1691, he bought the 500-acre parcel, which stretched between the Schuylkill River to the Wissahickon Creek. The Leverington Cemetery was the family plot where he, his mother and daughter are buried among other family members.

The cemetery remained active afterward. It is the final resting place of a group of 16 Virginia Revolutionary War fighters who were killed by British troops. The British had surrounded them in a barn, set fire to it and shot them as they fled.

It’s also the final resting place of many Civil War soldiers and a civil war nurse named Hetty Ann Jones, a Roxborough woman who died in her tent tending to wounded soldiers on the front lines.

Its most famous tenant might be Richard Harding Davis, an adventurous journalist who covered everything from the Johnstown Flood in 1889 to World War 1. He died in 1916 and is buried on a small plot in the cemetery.

Mautz’s familial connections date back to around 1947 when, with the cemetery in major disrepair and all but abandoned, her grandfather, Richard Lee Entwhistle, Jr., intervened to save it from development. Wanamaker’s, the parent company of the downtown department store, were ready to buy the cemetery and relocate the graves to make way for a shopping center. Mautz’s great grandfather on her mother’s side was a Schofield, a family that had been in Roxborough for generations with family members in the cemetery.

In response Mautz’s grandfather, using connections in law and cemetery management, formed a company to take over the cemetery and re-establish it. He didn’t need to buy it, because, Mautz said, it had been abandoned. Responsibility for the cemetery passed from Mautz’s grandfather, to her grandmother and then to her sister, Radune for a short time before ending up with her stepfather. Mautz’s stepfather managed it for 25 years until she took it over in 2016.

When Mautz first came down from Bethlehem to inspect the cemetery, she was surprised to find it in a sorrier state than she anticipated. Although the grass had been cut, the trees were allowed to grow out, stones had fallen down or were toppled and sections of fence were missing. A main storage shed had even become the residence of a local homeless man.

With a burial at the cemetery scheduled for soon after, Mautz knew she needed help. She had a friend in Bethlehem who ran a funeral home and gave her advice on how to rejuvenate the cemetery as a business.

Since taking over, she’s had six new burials, has opened up parcels for more graves and is looking forward to developing a 2-acre property at the rear of the cemetery that remains undeveloped. Her hope is to make a proper business out of it. More than anything, she’d like to be able to get the cemetery restored.

“I have to try and keep my expenses below $50,000 so I don’t have to pull that much money out of its fund,” she said. “It needs desperately to have income.”

In addition to looking to get back in the business of burials, Mautz said she is looking for funding to help with restoration. There are many toppled and broken stones and some impressive monuments that need work that is far too expensive for the cemetery. Last year, the Roxborough Manayunk Wissahickon Historical Society purchased a sign for the cemetery

“It was a very nice gift,” Mautz reflected.

Restoring the cemetery is a big job, but Mautz doesn’t seem frazzled by the project. In fact she and her husband moved from Bethlehem to the Alden Park apartments in Germantown to be closer to the business. In a lot of ways, it’s a homecoming for her. Even though she didn’t grow up in Roxborough, the connections run deep.

“I used to come here every summer for Vacation Bible School [at Green Lane United Methodist Church],” she recalls. “And every time we came to church here, we would walk over to visit my grandmother and there would be cemetery books all over the table. All we ever talked about my whole life was the Leverington Cemetery.”

For more information about Leverington Cemetery, to donate to its restoration or to inquire about available burial plots, visit leveringtoncemetery.com 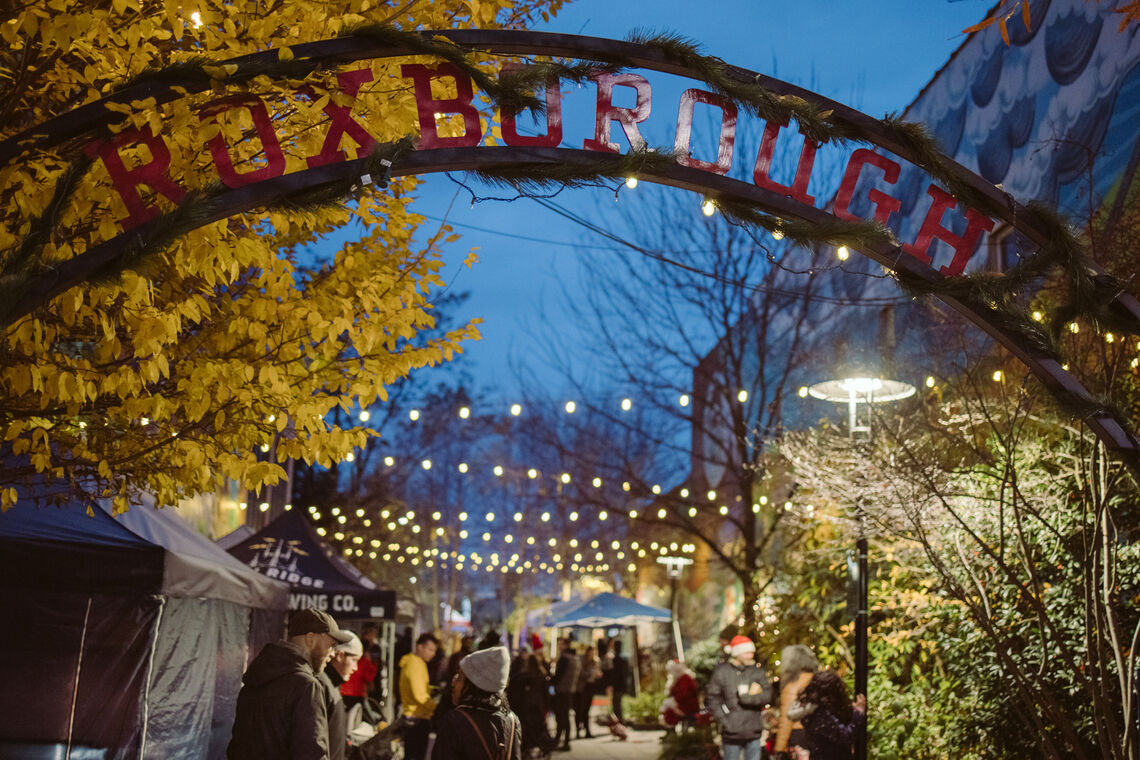 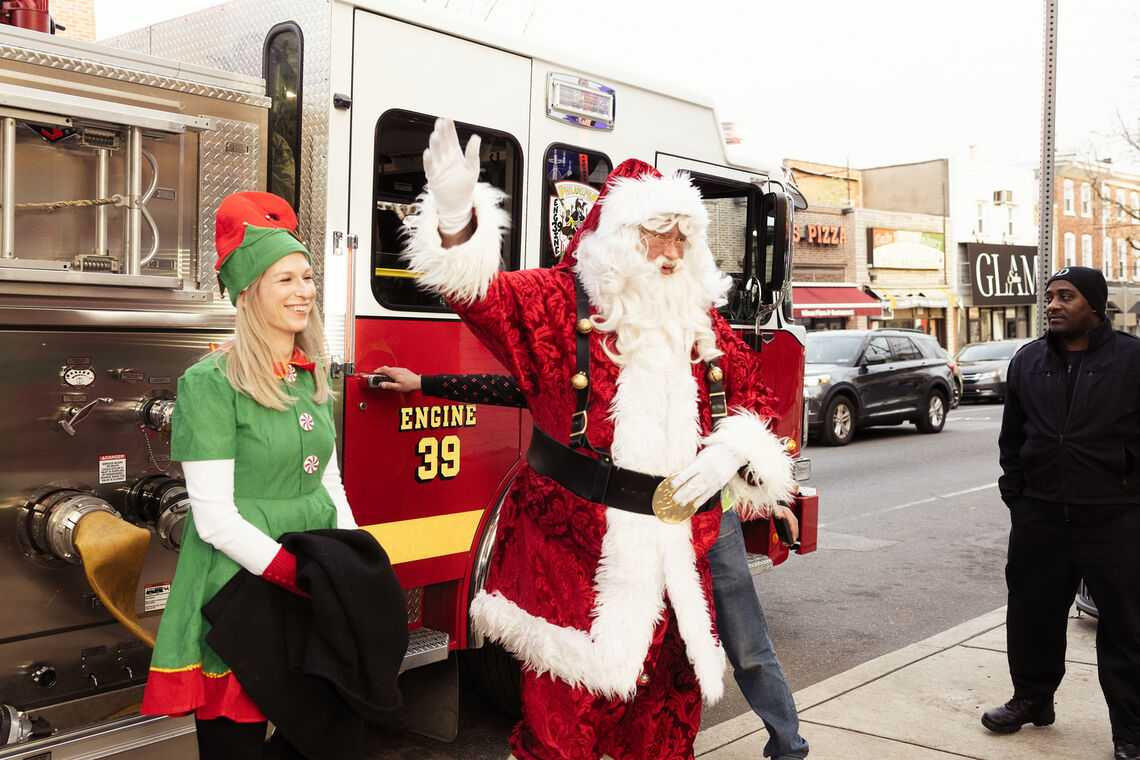 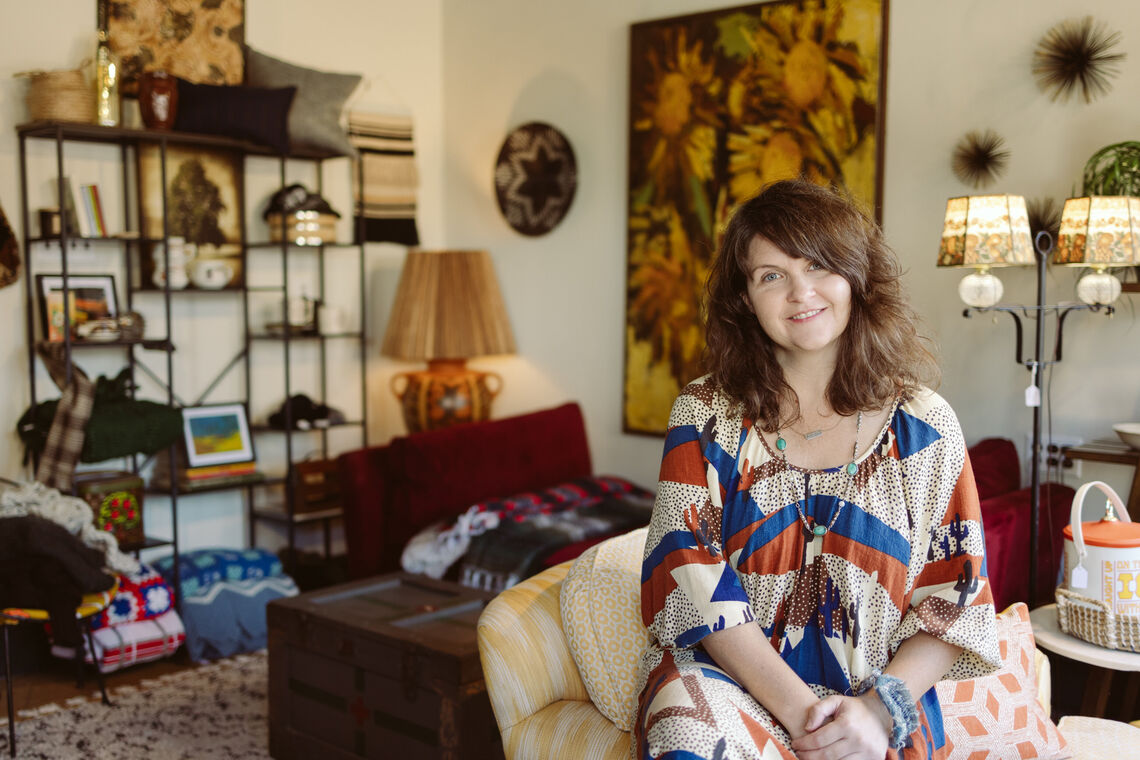 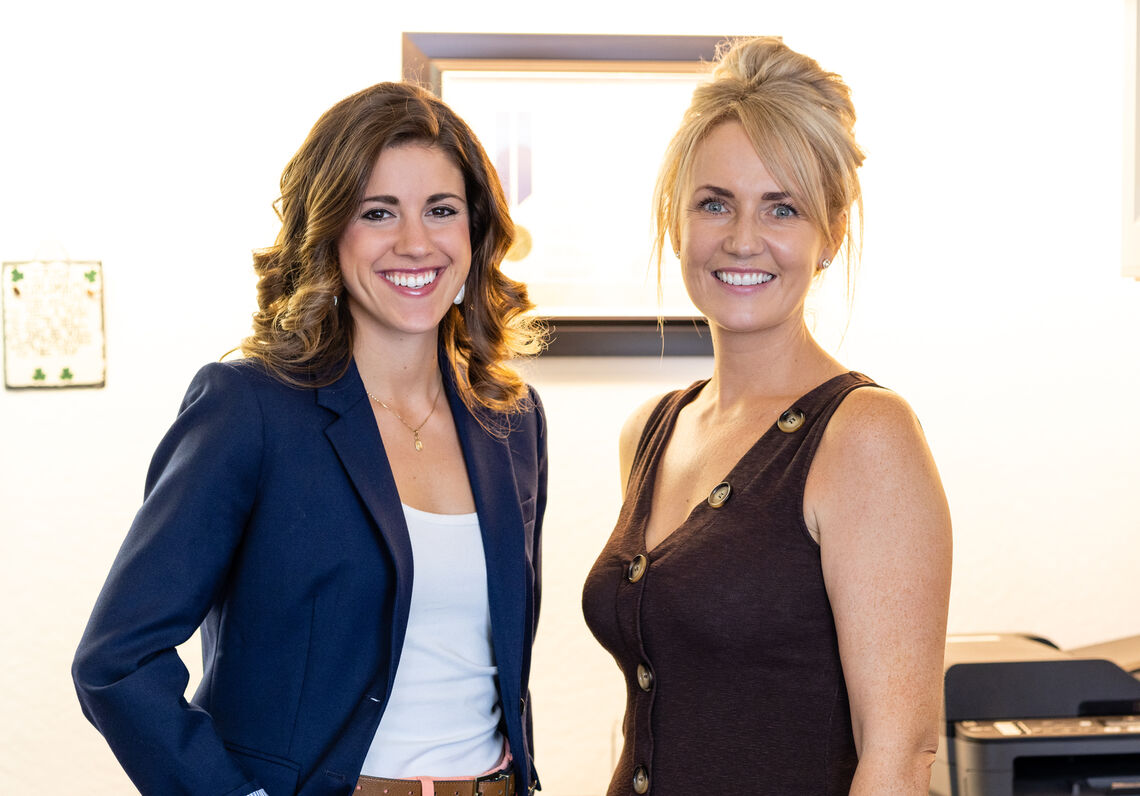 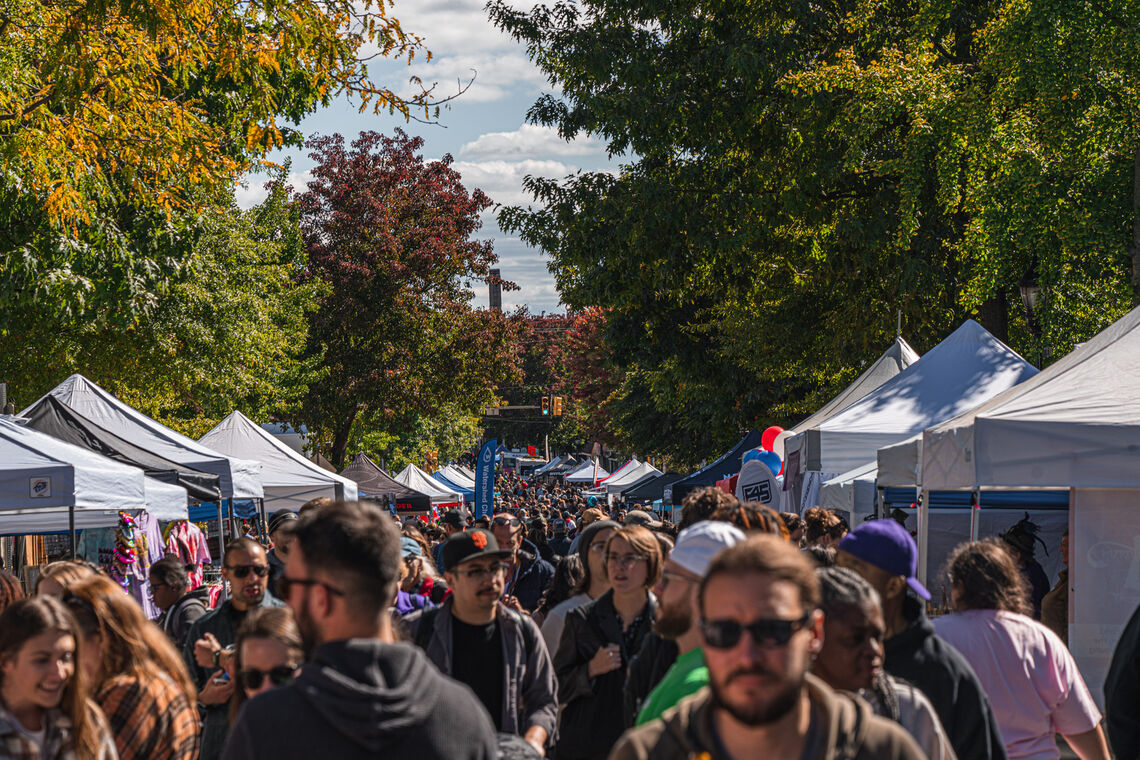