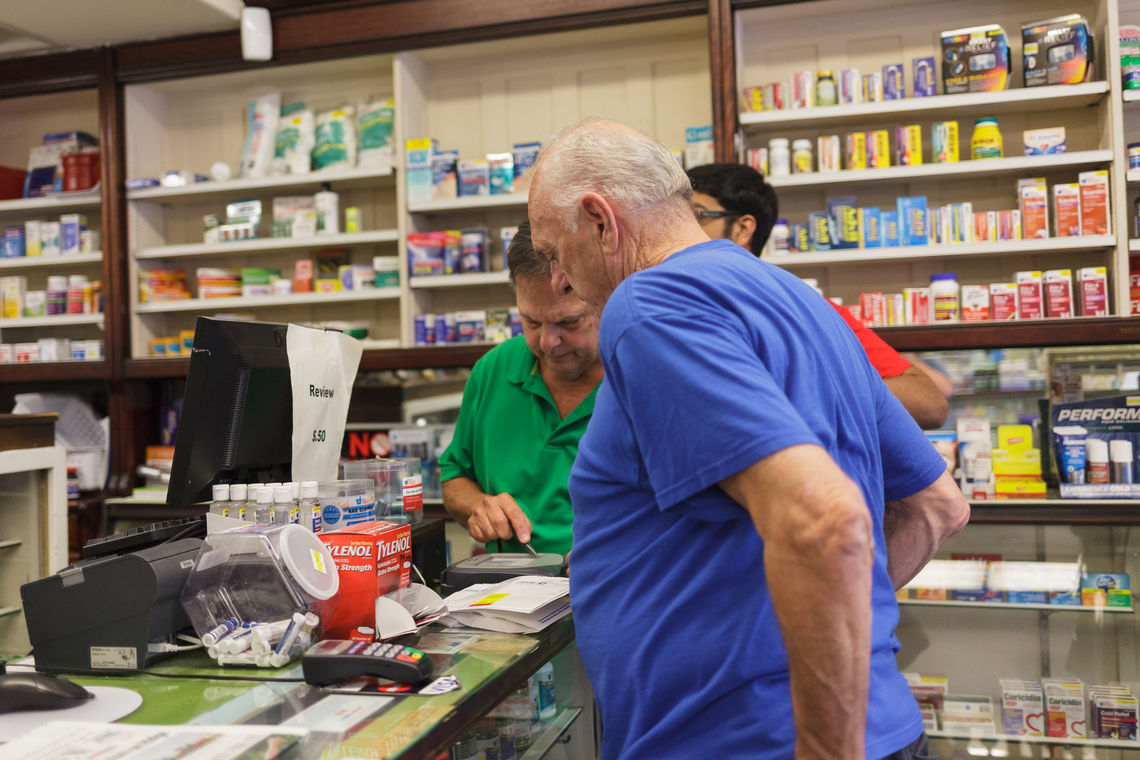 A customer at the Morrison Pharmacy service counter interacts with staff.

Morrison Pharmacy owner David Bradstock never thought he’d be a pharmacist let alone a pharmacy owner. It was all a mix of accident and opportunity.

Located at 6113 Ridge Avenue, Morrison Pharmacy has served Roxborough since it was founded by James R. Morrison in 1859.

Bradstock, who’s been at Morrison Pharmacy since 1974, began working for the Morrison family after a friend from college left the business. The friend told him about the opening. It was an opportunity he couldn’t pass up

“Being in pharmacy school, one, you’re broke, and two, you need hours,” said Bradstock. So, he jumped at the job. And just never left.

When the time came for Morrison to retire in 1980, there was no one in his family to pass the business to, so the owner turned to Bradstock.

“There was no interest, and no one was a licensed pharmacist,” according to Bradstock.

For Bradstock, a graduate of Philadelphia College of Pharmacy and Science, now the University of the Sciences in Philadelphia, this was an opportunity. Not married at the time, Bradstock scraped together a deposit for Morrison’s and decided to take the plunge.

Because Bradstock was the first non-family owner of Morrison’s Pharmacy, it took some time for the community to fully embrace him.

“People didn’t want to talk to me, only [Morrison],” Bradstock said.

But eventually, the community made the transition and are now loyal to him. Bradstock said that even when he’s not in the store, patients request to speak to him personally.

“They’ll say ‘When’s Dave going to be back? I’ll wait to talk with him,’” Bradstock said. “When we know the patients, it’s a lot easier to talk to them.” 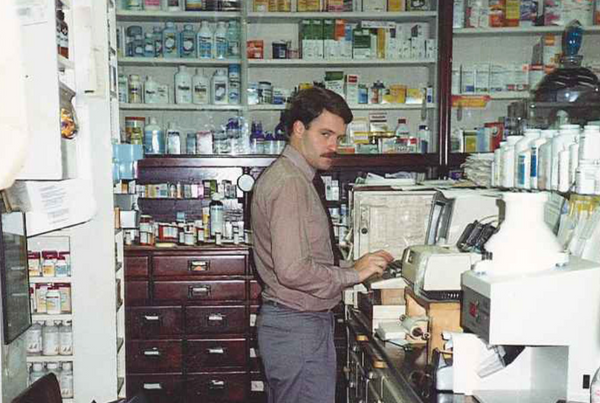 Although Bradstock’s induction into the Morrison family business seems circumstantial, Bradstock always had an interest in the field of pharmaceuticals.

Growing up, Bradstock said that there was a local pharmacy at which he would always hang around, though it was mainly for cherry cokes from the store’s soda fountain. Over the years, however, Bradstock grew close to the pharmacist. When Bradstock entered high school, he wasn’t really sure what career he wanted to pursue. But because of his interest in the pharmacy business, he eventually chose pharmacy school. Now,  just over 45 years later, Bradstock said that he couldn’t see himself working anywhere else.

“The patients are basically like family…I’ve been here so long that I’ve seen kids grow up and have their own kids.”

“The patients are basically like family…I’ve been here so long that I’ve seen kids grow up and have their own kids,” he said.

With medication services like prescription refills and transfers, medication therapy management, diabetic counseling, free delivery and much more, Morrison Pharmacy has always made sure to cater to the patients. But while Morrison’s has succeeded in making a name for itself over the years, it can be difficult to compete against big box pharmacies.

“I can compete with the competition as long as it’s fair,” however, the business is very difficult nowadays, Bradstock said.

Not only does Bradstock have to put in the daily work as a licensed pharmacist, but he has to worry about running a business as well. Despite this hurdle, however, Bradstock said the community has always been supportive.

While Bradstock’s retirement is still years away, he has discussed plans of passing the business on to his daughter who currently works for him at the pharmacy. Though she’s currently not a licensed pharmacist, Bradstock would like to make sure that the pharmacy not only stays in the family, but remains an independent pharmacy.

Even though Bradstock’s aware of the fact that people may be used to going to the brand name pharmacies out of habit, he wants people to know that “big chains aren’t always the best options.”

“I would ask people to look around and shop for pharmacies rather than just accept what they’re dealing with,” he continued. 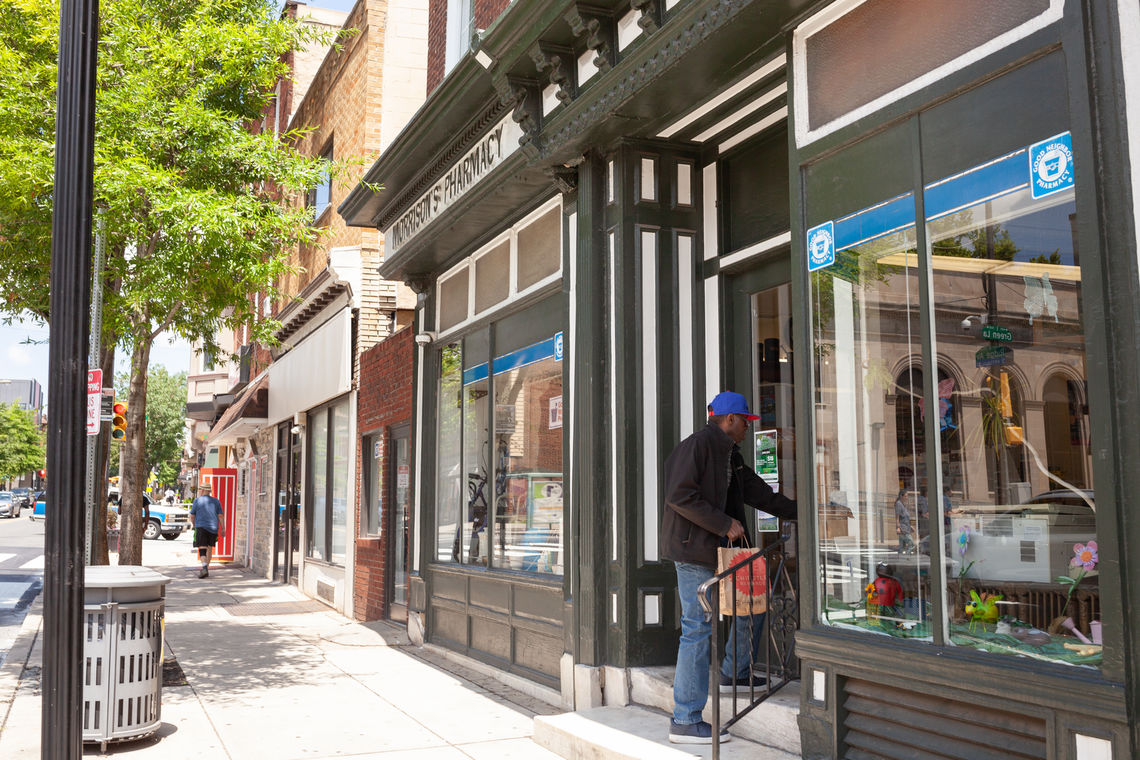 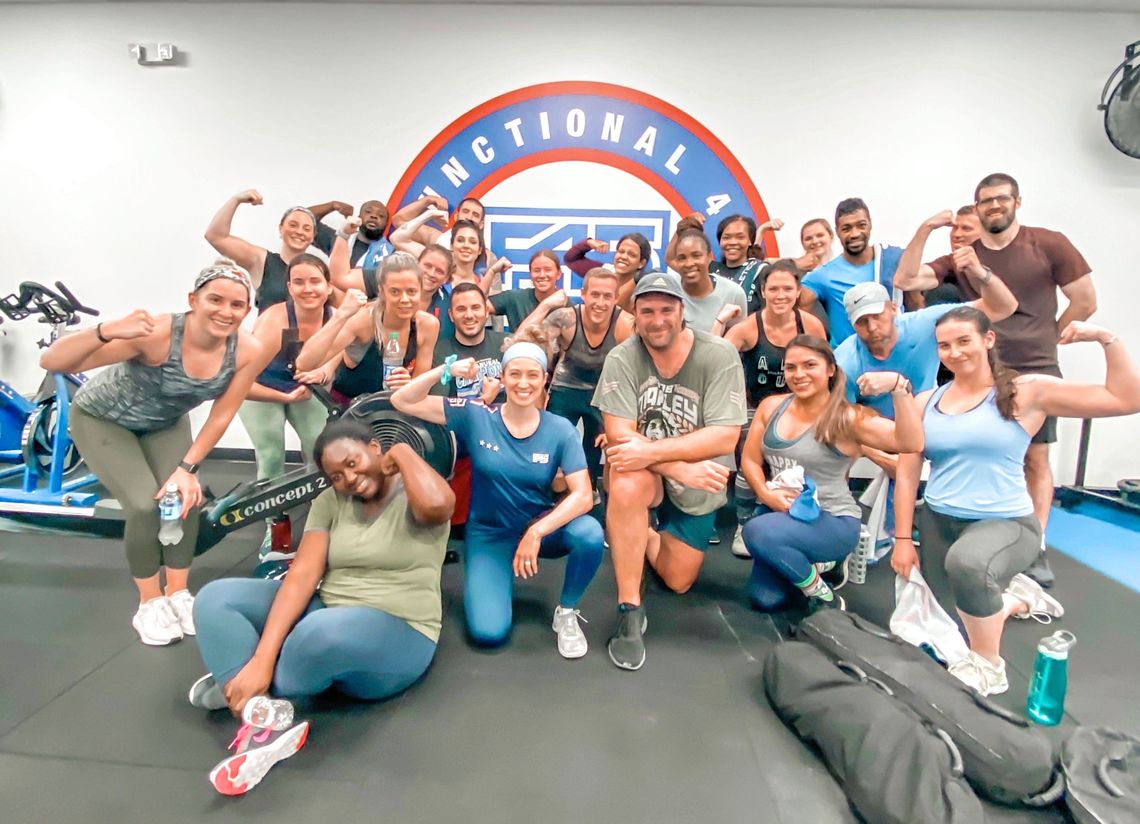 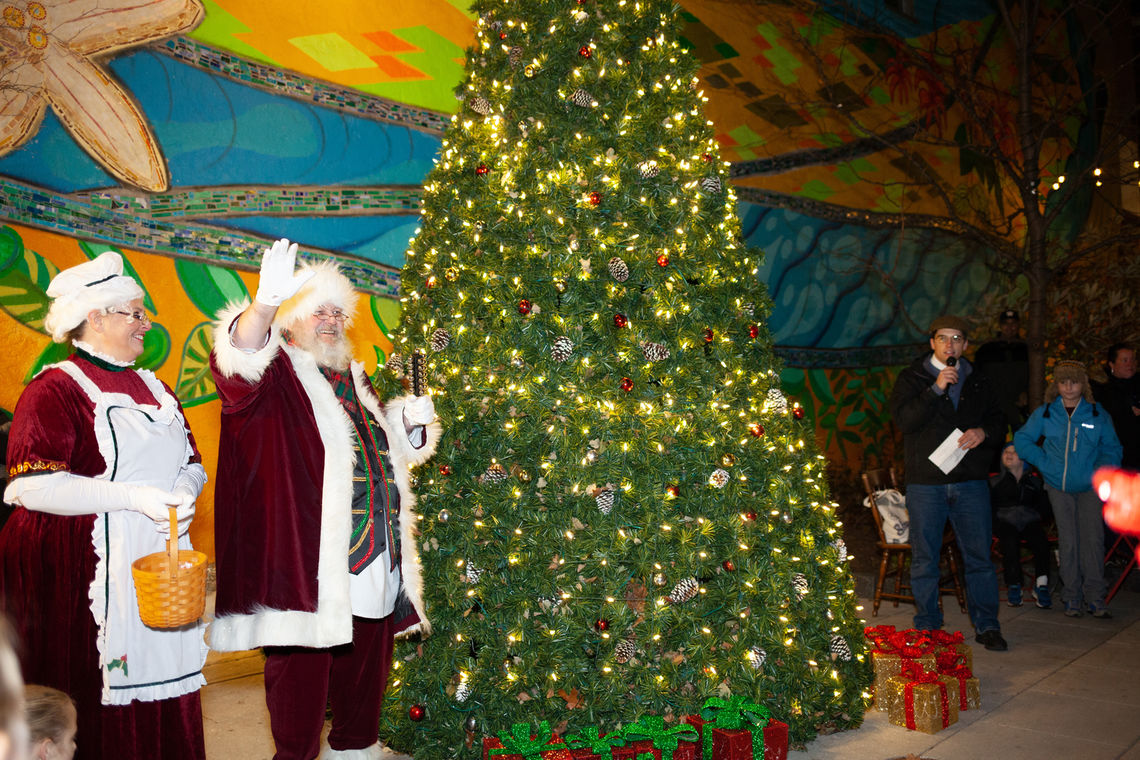