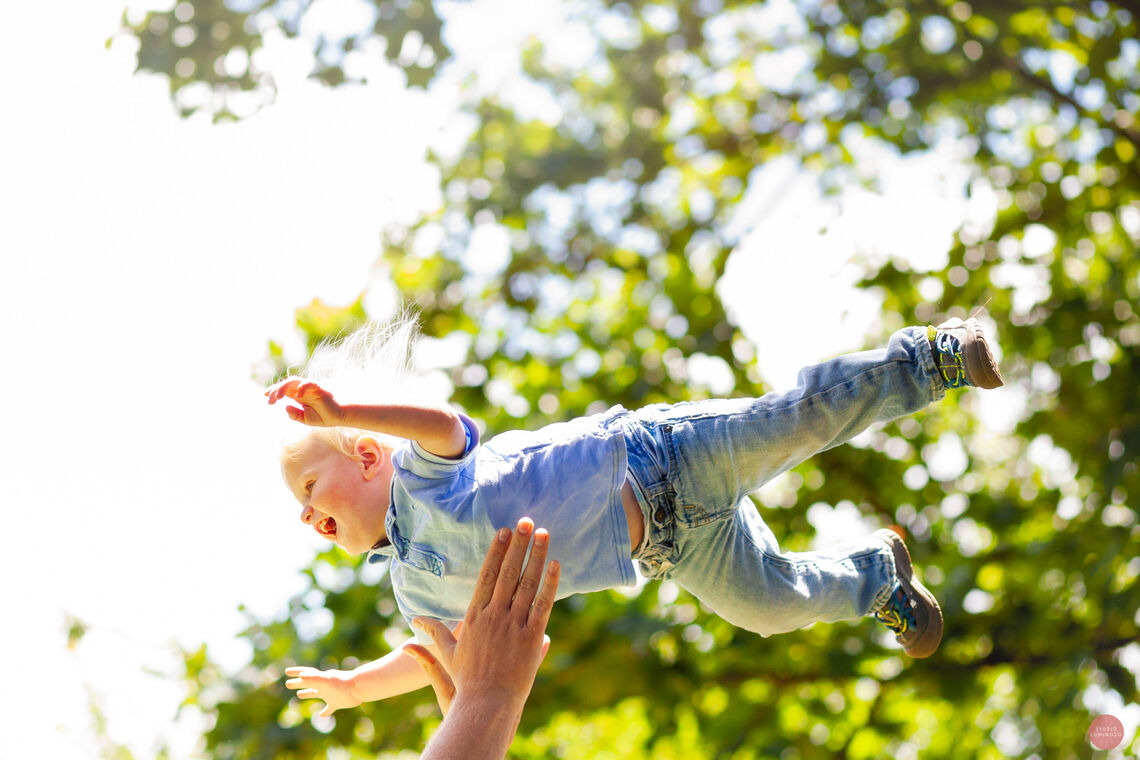 While the city’s orders prohibit public gatherings and non-essential businesses from operating, they have not closed the city’s parks or open spaces. Roxborough residents are finding an escape in our ample green spaces.

When Philadelphia Mayor Jim Kenney issued stay-at-home orders back in late March, it had an immediate impact on foot and vehicular traffic. A once bustling city came to a halt as schools, businesses and nearly every other activity outside of grocery shopping ceased to fight the spread of COVID-19. Within a month, the impact was so great that the city’s health department reported drops in air pollution by as much as 25%.

In Roxborough, leaders of the neighborhood’s parks and nature centers have had to deal with caring for their acres of open space in an environment of remarkable uncertainty. “It’s definitely different,” said John Boyce, president of the Friends of Gorgas Park.

“The playground is closed. The gazebo is closed. All the regular events for the city of Philadelphia are cancelled,” Boyce said. The long list of canceled events includes the Ridge Runners Car Show, which has taken place at Gorgas Park for the past 20 years and was scheduled for May 9.

Mike Weilbacher, director of the Schuylkill Center for Environmental Education said that, while trails are open, the center and its environmental programs and preschool are closed. “The concern now is what happens to summer camp,” he said. “Parents are asking us ‘Is they're going to be a summer camp?’ and we unfortunately are not in a position to tell them very much right now.”

While the city’s orders prohibit public gatherings and non-essential businesses from operating, they have not closed the city’s parks or open spaces.

Kay Sykora, a director of the Roxborough Manayunk Conservancy and the former executive director of the Manayunk Community Development Corporation, said she has been outdoors regularly — both to maintain neighborhood spaces as a volunteer and to use them. She has seen a lot of others out in the parks as well, looking for an escape from their homes.

“I feel blessed that I've been able to go out and do this stuff because, otherwise, I'd probably be bonkers,” she said. “There are a lot of folks out on the trails. They’re getting out to stretch their legs. I'm seeing more of that, which is kind of nice. During the week, particularly, there are more in the parks than usual.”

“There are a lot of folks out on the trails. They’re getting out to stretch their legs. I'm seeing more of that, which is kind of nice."

Boyce said he, too, is seeing a lot of people in Gorgas Park. He’s not necessarily seeing more people than he has in the past, but he said nice weather is sure to bring out more, despite COVID-19 fears. “When the weather gets mild, people come out in droves,” he said.

While Gorgas Park’s playground may be closed, there’s nothing to stop people from using its trails. Boyce said he believed the people he sees in the park are exercising caution and following social distancing guidelines. “People are out with their kids and with dogs and they’re abiding by the rules,” Boyd said. “It’s great to see people out. We continue to garden in the park, keeping our distance and wearing masks, and it feels good to see people out in the park and in the outdoors.”

Weilbacher said that, although the Schuylkill Center’s visitor’s center and parking lot are closed, people can access the center’s trails from a small parking lot on Hagy’s Mill Road. Weilbacher said he encouraged people to access the center’s trails from that location. “They can just walk onto our trails,” he said. “There's a trail map right there, so you can go for a walk.” He said he has taken a few walks on those trails himself and has encountered others on hikes.

The benefits of going outdoors

Getting outdoors, whether on a trail at the Schuylkill Center, a stroll through Gorgas Park or simply sitting on our back steps, is more important than ever.

“There are so many studies that show that nature is healing for us,” Weilbacher said. “The Japanese practice something called forest bathing, where they essentially just sit in a quiet place in the forest. Many Americans have started practicing forest bathing, and the Schuylkill Center recently began offering a class on the practice. Forest bathing has all these sort of health impacts. I would just greatly encourage people to get out and try it right now. It really helps.”

“There are so many studies and so much evidence that show that nature is healing for us right now,” Weilbacher said. “The Japanese practice something called forest bathing. Many Americans have started practicing forest bathing. All you do is go to a natural area and you sit and observe things quietly. Forest bathing that has all these health impacts for you, so

"I would just greatly encourage people to get outdoors right now. It's really helped me.”

Roxborough is fortunate for a city neighborhood in that it has ample green spaces for people to do just that: escape.

Sykora said Roxborough and Manayunk’s open space -- its parks, playgrounds and other green spaces -- cover more than 25 percent of land in the area. “It’s the lungs of the neighborhood,” Sykora said. “These spaces help the neighborhood breathe.”

Boyce, who was born and raised in Roxborough and Manayunk, said the neighborhood is a great place to strike that balance between urban living and green space. From the Wissahickon to the Schuylkill river, there’s so many great places to get out and be outdoors. “It’s an incredible place,” he said. “We’re lucky to live here.”

Roxborough’s open spaces include Wissahickon Valley Park, Gorgas Park, the Upper Roxborough Reservoir Preserve, Andorra Meadow, and The Schuylkill Center for Environmental Education. Be a park advocate by practicing social distancing, visiting at off-peak hours like weekday mornings, and sharing your photos and experiences via social media. Follow these special places and the Roxborough-Manayunk Conservancy to learn more about how you can sustain them as a donor or as volunteer — now and in the future. 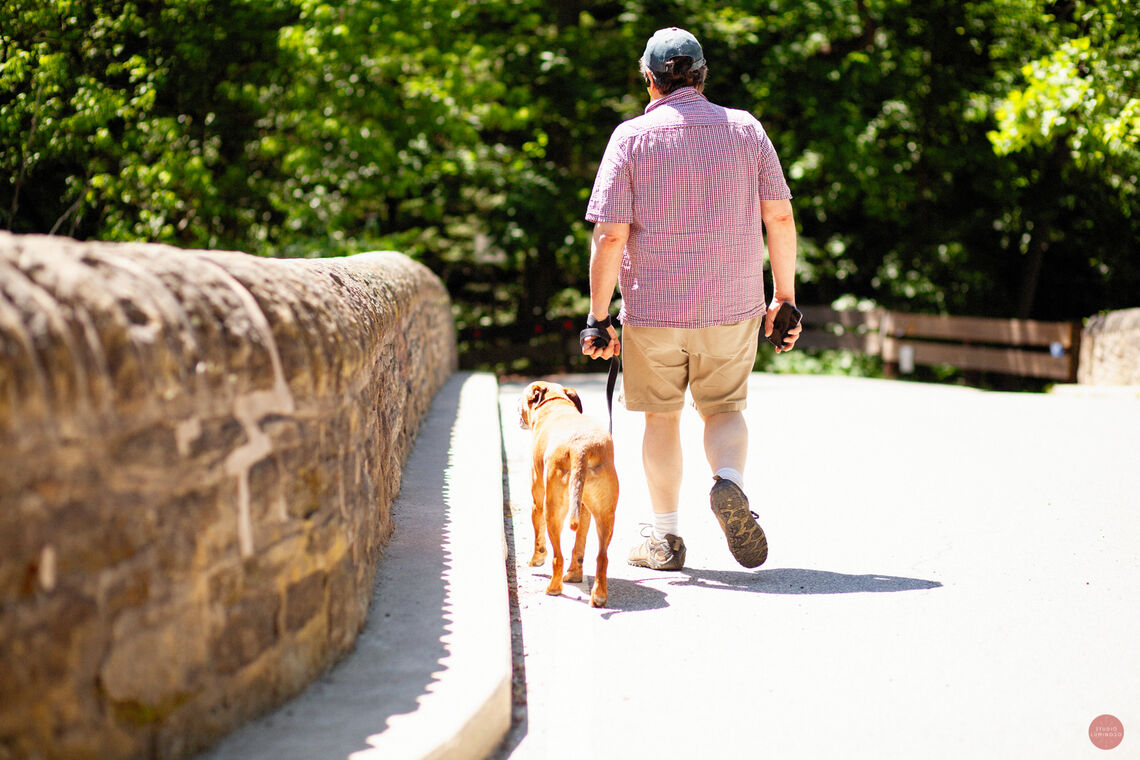 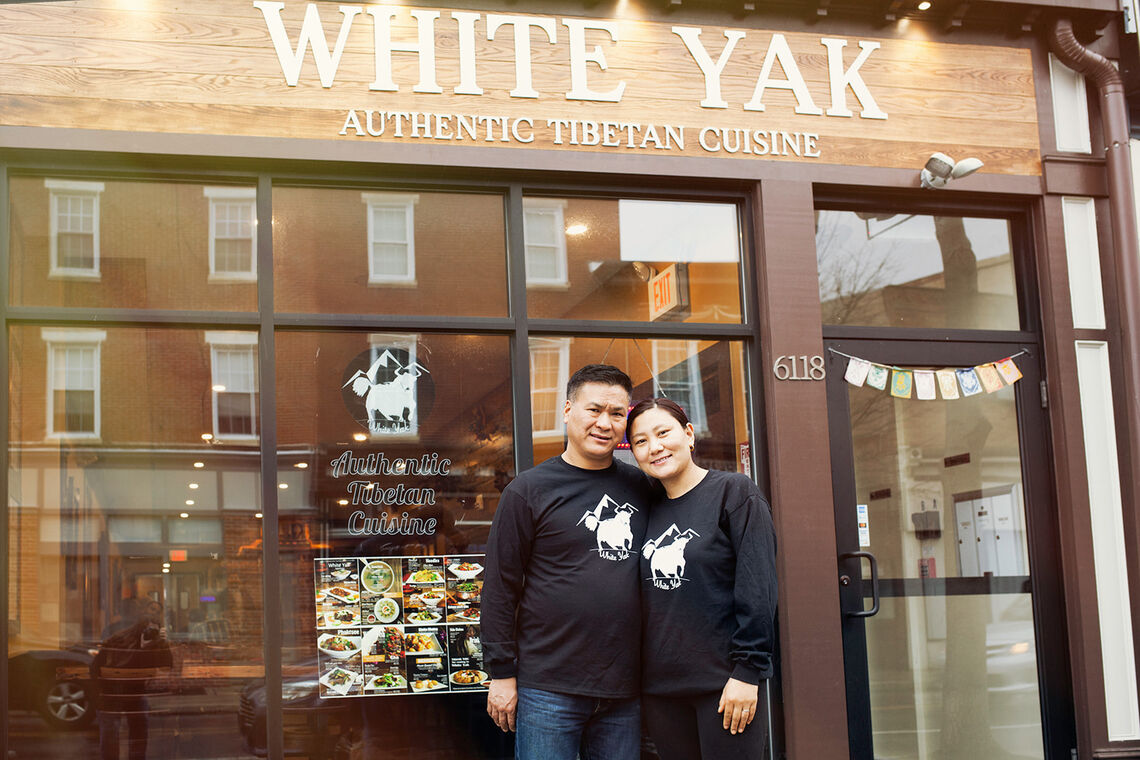 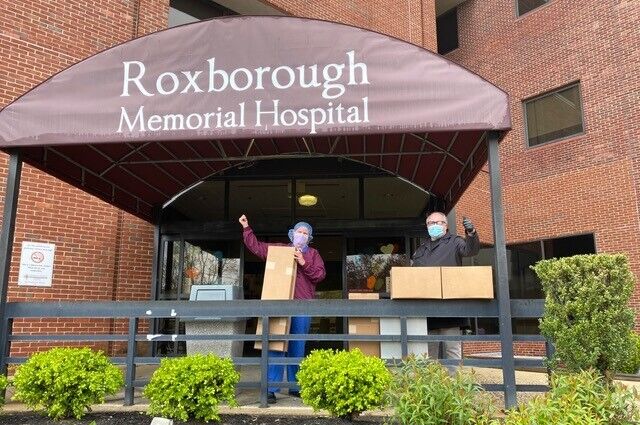 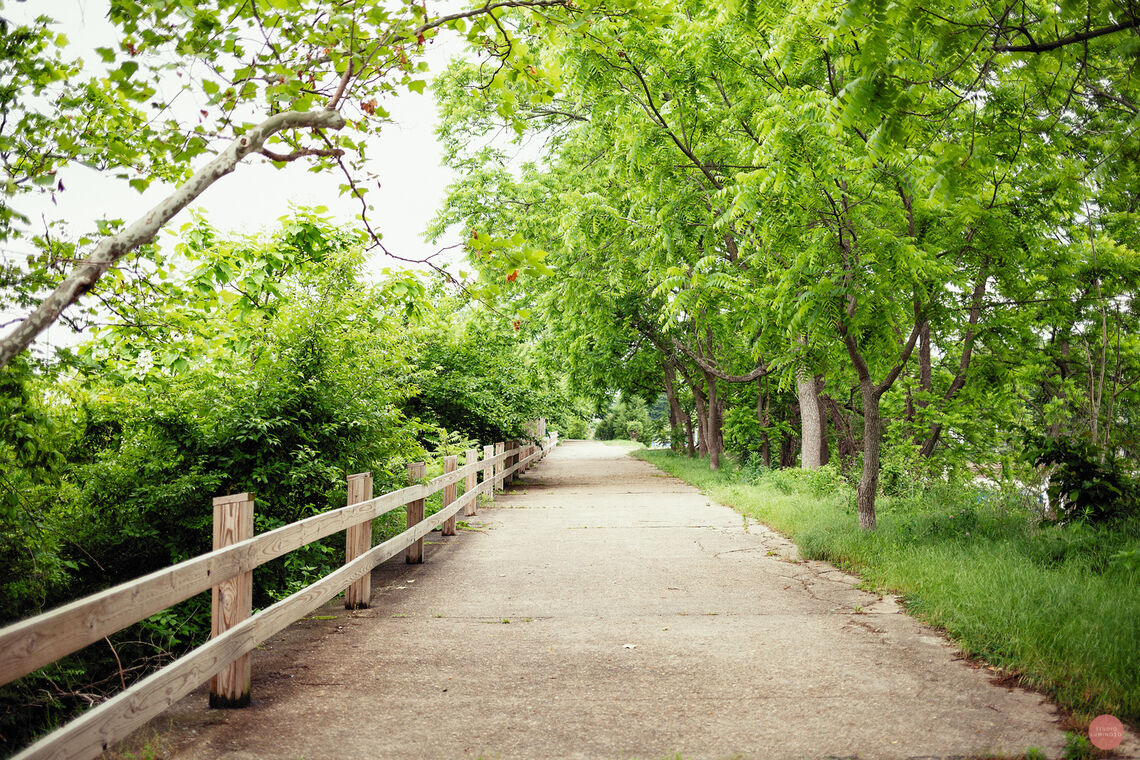 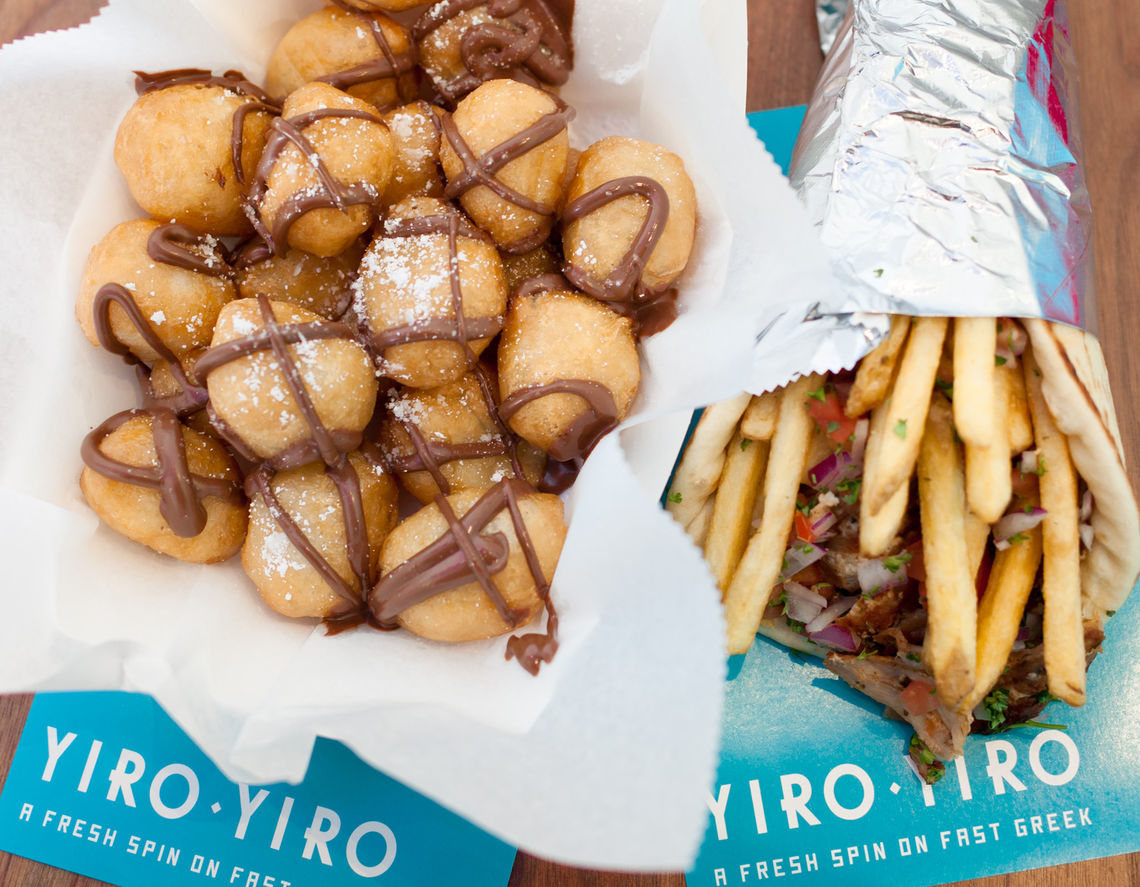